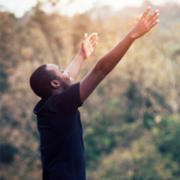 How Much Do You Want It?

I love to read anything that lifts my spirit, or motivates me to take action. And I love to give attention to things that call me to look at life from a different perspective. I am not only inspired with what I read, I am also inspired by the animal kingdom. So if I am reading something uplifting that involves animals, its like killing two birds with one stone. Now do not get me wrong I am not on the the level of PETA. I do not think animals rule the world. However, I do believe God created everything with a purpose, including animals. And there is something to be learned from everything He has created. Therefore I have a great deal of respect for all of His creation. And I have a particular affinity for lions.

Almost anything that has to do with lions will catch my attention. Years ago when I was perusing the internet looking for motivational portraits to hang in my office, I saw some really good ones. I saw some on motivation, success, gratitude, and so on. There was one in particular that stood out the most. This portrait has been a constant reminder to me, that everything has a purpose. And if I am not pursuing my purpose with passion, I am doing myself a great injustice. And the survival of my calling and the plans that God has for my life, lie in the balance.

Allow me a moment to share the caption in this portrait: 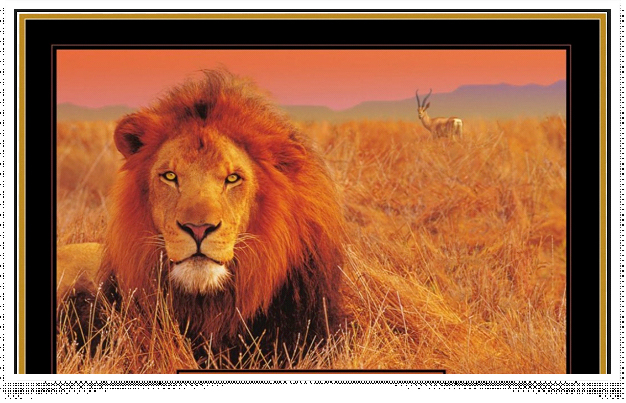 In todays text, David is very burdened. He is under much distress. He is mocked by many nay sayers, saying to him, “Where is your God?” He’s crying out to God only to be burden that much more, because God’s silence is screaming louder than His is speaking. Have you ever felt so broken it made you feel as if God did not care? Or have you ever felt like you have run as far as you can run, and whatever is going to be, just has to be; because you don’t feel you can go on any further. If you have, I need you to know, THE ESSENCE OF YOUR SURVIVAL is associated to, HOW MUCH DO YOU WANT IT.

David, in this text, is much like the alert deer in the portrait. He’s burden. He feels defeated. He’s broken. And yet he’s cognizant enough to know, if he allows his feelings to catch up with him he is destined to lose. Let us just say, the lion in this portrait represents the enemy (or for a better reference, the issues of life). Like David, we will go through hardships. There will be times when we feel as if God isn’t near, and question if He cares. But we must be reminded, the bible declares demons do not rest until they have caused mischief. And we must not rest until we have caused a positive change. Not just in our situation, but in everything around us.

David didn’t allow his circumstances to define his reverence to God. But he defined his circumstances by reverencing God. He knew his survival was connected to his praise. I want to encourage you… the race is not given to the swift, but to he that endures.

Don’t give up. Keep pressing for your dreams. Keep chasing after Gods righteousness. When it feels like the enemy is right on your heels… Pray harder than your problems. Worship more than you worry. Thank Him for your triumphs, more than you think about my troubles. Because at the end of the day everybody has a job to do. Everyone has to eat. The question is…

How Much Do You Want It?

Want to join the discussion?
Feel free to contribute!

The Power of One Drop
Scroll to top